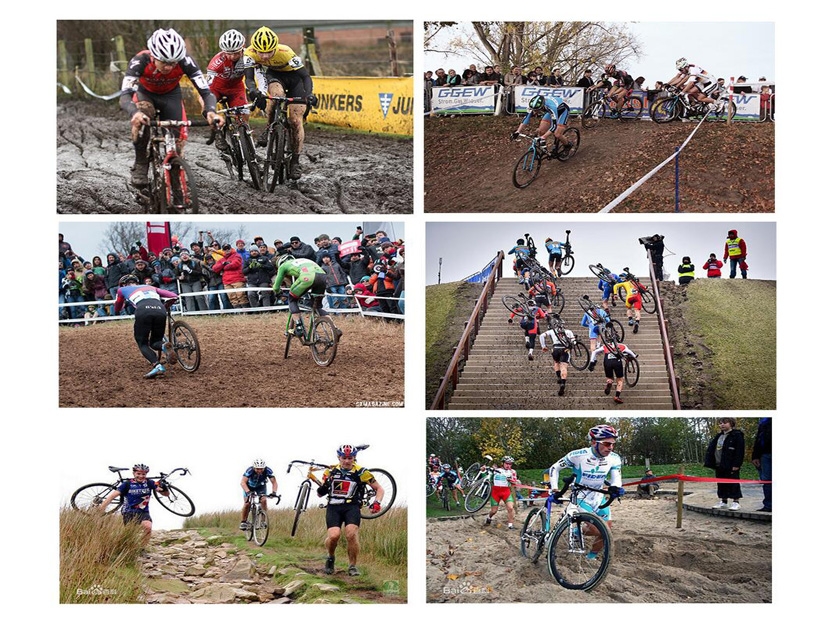 Cyclo-cross (sometimes cyclocross, CX, cyclo-X or 'cross) is a form of bicycle racing. Races typically take place in the autumn and winter (the international or "World Cup" season is October–February), and consist of many laps of a short (2.5–3.5  km or 1.5–2  mile) course featuring pavement, wooded trails, grass, steep hills and obstacles requiring the rider to quickly dismount, carry the bike while navigating the obstruction and remount. Races for senior categories are generally between 30 minutes and an hour long, with the distance varying depending on the ground conditions. The sport is strongest in the traditional road cycling countries such as Belgium , France and the Netherlands.

Cyclo-cross Wheels has parallels with mountain bike wheels and carbon road wheels. Many of the best cyclo-cross riders cross train in other cycling disciplines; however, cyclo-cross has reached such size and popularity that some racers are specialists, and many prioritize cyclo-cross races over other disciplines. Cyclo-cross bicycles wheels are similar to road racing wheels: lightweight, with somewhat narrow tires and drop handlebars. They are typically differentiated by their greater tire clearances, lower gearing, stronger frames, cantilever brakes or disc brakes and more upright riding position. They also share characteristics with mountain bicycles in that they use knobby tread tires for traction and, increasingly, disc brakes. They have to be lightweight because competitors need to carry their bicycle to overcome barriers or slopes too steep to climb in the saddle. The sight of competitors struggling up a muddy slope with bicycles on their shoulders is the classic image of the sport, although unridable sections are generally a very small fraction of the race distance.

Compared with other forms of cycle racing, tactics are fairly straightforward, and the emphasis is on the rider's aerobic endurance and bike-handling skills. Drafting, where cyclists form a line with the lead cyclist pedaling harder while reducing the wind resistance for other riders, is of much less importance than in road racing where average speeds are much higher than in cyclo-cross.

A cyclo-cross rider is allowed to change bicycles and receive mechanical assistance during a race. While the rider is on the course on one bike, their pit crew can clean, repair and oil a spare. 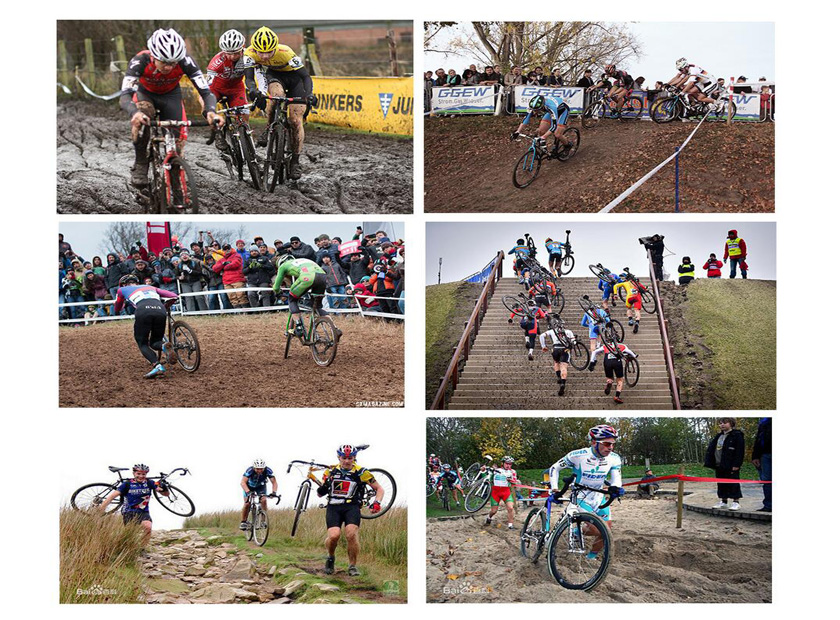